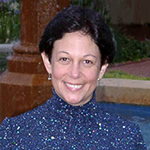 Dr. Adele Diamond is a leading expert in the field of developmental cognitive neuroscience. She holds a Research Chair position at the University of British Columbia, and is a fellow of the Royal Society of Canada. For decades, Dr. Diamond has studied the development of the cognitive functions of the brain, starting in infancy and extending throughout adulthood. Her research has shown that cognitive control abilities, such as selective attention and self-regulation, can be improved through training and practice. She has been described as taking a ‘yes you can’ approach to learning. By teaching a concept in new ways, or by posing questions differently, she believes a child who is known to have learning difficulties, can succeed.